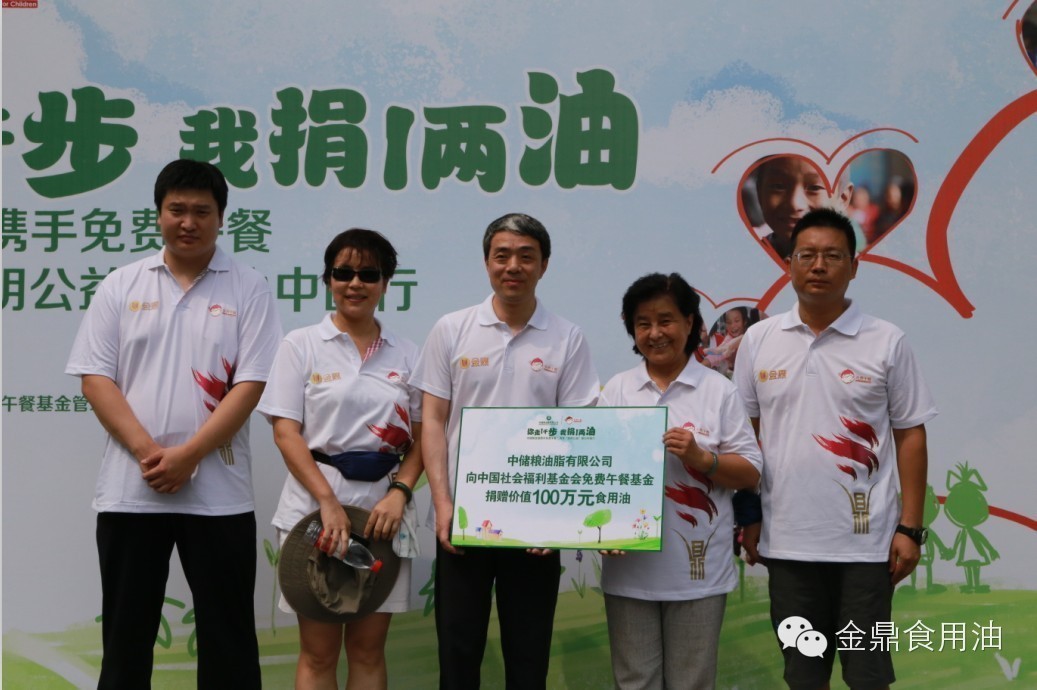 Abstract: The series activity of "Your 1000 Steps Deserve a Donation of 50g Oil" came to a successful conclusion. Around 60 thousands rural children obtained "Jinding Oil", the safe edible oil to eat through this activity.

Protect the public health with our love; lead the action with our sense of responsibility. On August 23rd, 2014, as the last station of "Transparent Public Benefit Activity - Let Love Travel in China", the activity of "Your 1000 Steps Deserve a Donation of 50g Oil" was conducted in Beijing's Chaoyang Park. This activity was cooperatively held by China Grain Reserves Corporation (Sinograin) Jinding brand and Free Lunch, to celebrate the third anniversary of Free Lunch. The benefaction of Sinograin Jinding pushed the activity of Free Lunch for rural children to a new high. The general public were attracted by the activity and took active part in it. About 5 hundred people walked for love, including the public benefit personages, volunteers and the masses. People continuously dedicated to love, and delivered care jointly. 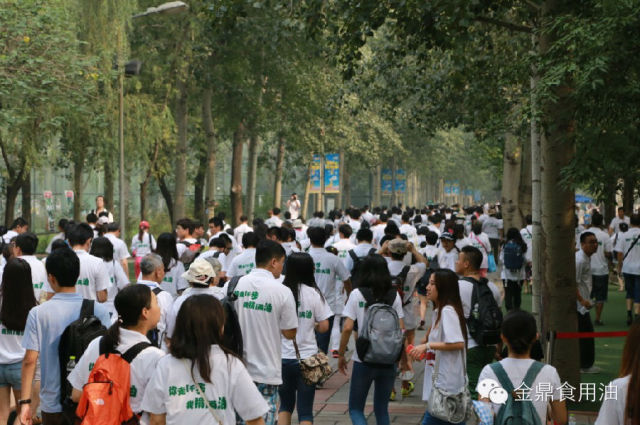 It's reported that the previous four stations of this activity, which were in Guangzhou, Wuhan, Nanjing and Xian, got attentions and participations of numerous caring friends throughout the country. The times of netizens’ interaction reached more than one hundred thousand. This set off a new upsurge of universal participation into the public benefit for all the people. Till the morning of August 23rd, through different donation platforms like Weibo, Wechat, mobile Apps, Sinograin Jinding had donated edible oil products which valued about 980 thousand RMB to Free Lunch. At the site of activity, Sinograin Oils Corporation decided to add up the donation of Jinding edible oil to the value of 1 million RMB. This is the third year for Sinograin Oils Corporation to donate Jinding edible oil products which are worth 1 million RMB to Free Lunch. According to the statistics, the donated edible oil products would guarantee near 60 thousand rural children to have safe, healthy and nutrient free lunch, which is cooked with the edible oil, in the next semester. 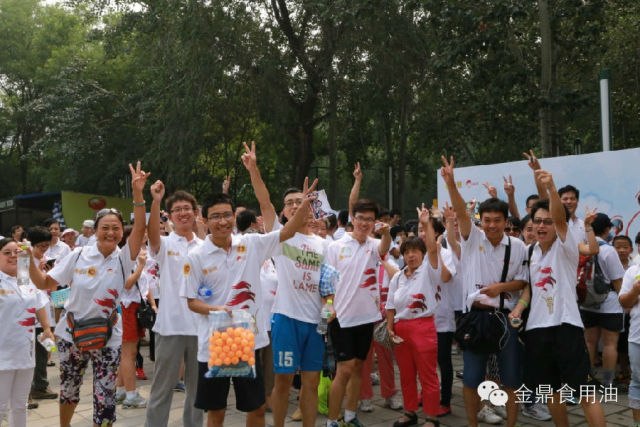 Walk for Love, One Climax after Another

The love outreach of "Your 1000 Steps Deserve a Donation of 50g Oil" attracted lots of Beijing residents to participate, including volunteers who always care about public benefit, friends from the Runnersaid club, undergraduates, staff members in institutions and park visitors who rushed here. Everyone wore the same T-shirt printed with the activity theme, and walked at their own pace to accumulate love for children. Diverse funny games were set up on the route of the activity, so everyone could take part in and earn additional love points. At the end of the route, the love in participants’ steps was turned to Ping-Pong balls that represented the oil drops, and put into the large “Jinding” oil bottle. It symbolized that people cheer for rural children hand in hand.

It’s learned that the flexible and convenient participation way of this activity made it more prevalent. Since June 15th, the open of this activity, the interactive and forward times of the tweets from “Jinding edible blended oil” official sina weibo account reached tens of thousands. People continuously turned their attention to “Jinding edible blended oil” official wechat account and actively shew their love to donate oil through walking with “Xingshan App”. 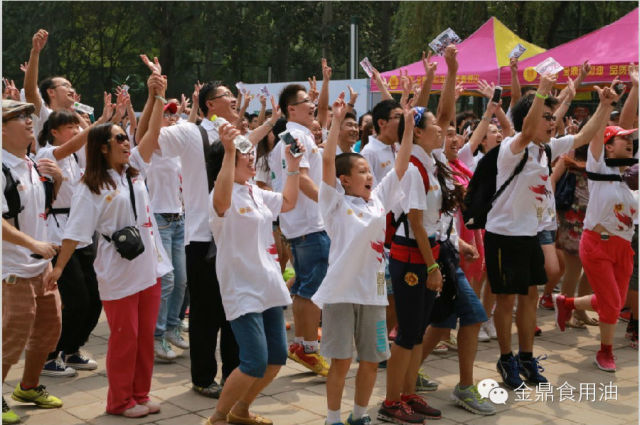 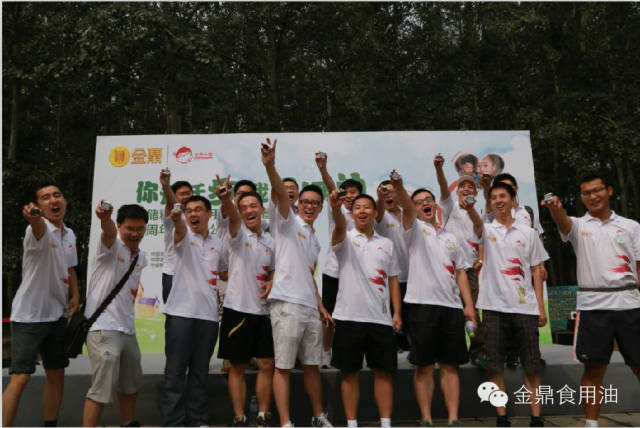 Love is regardless of age, and there is no limit for the public benefit. Even though some little girls and boys cannot write by themselves right now, they wrote down the blessings to their friends in their own special way. Maybe the small children couldn’t understand the true meaning of the public benefit at this stage, but their innocent smiling faces and infinite love had already warmed everyone. 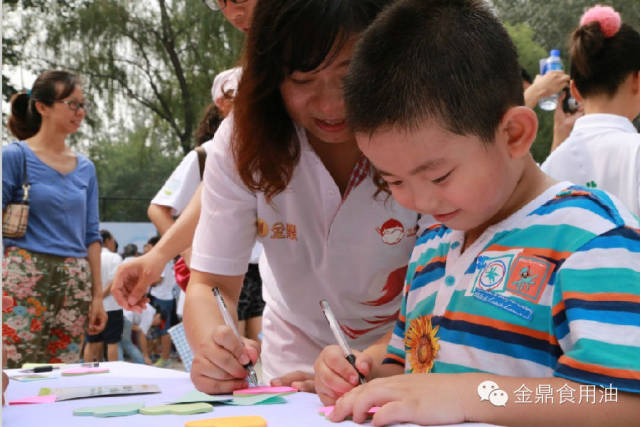 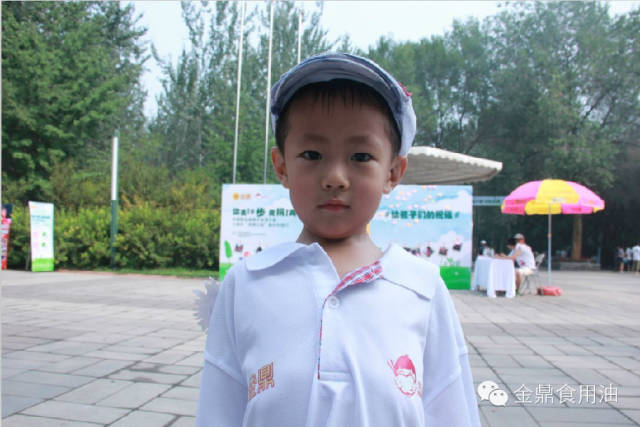 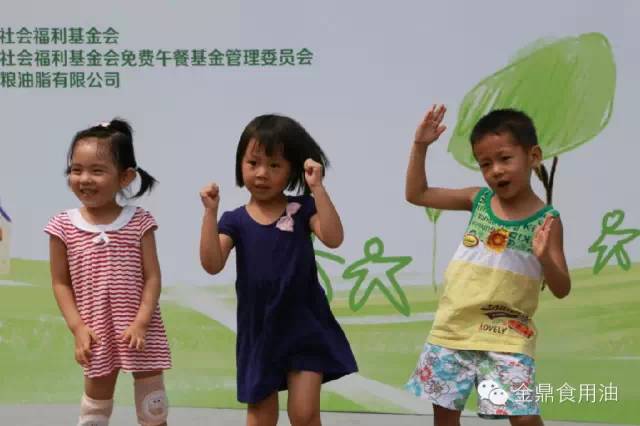 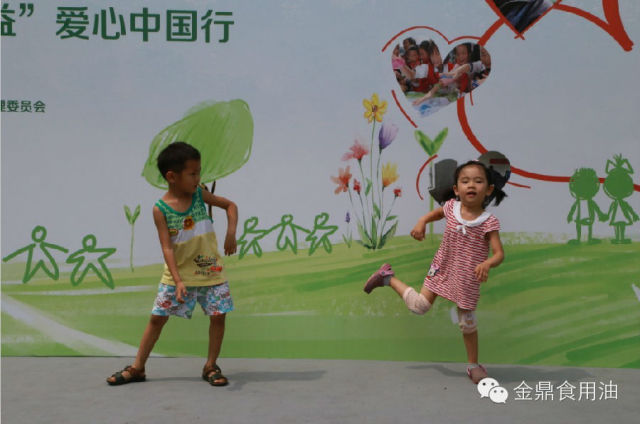 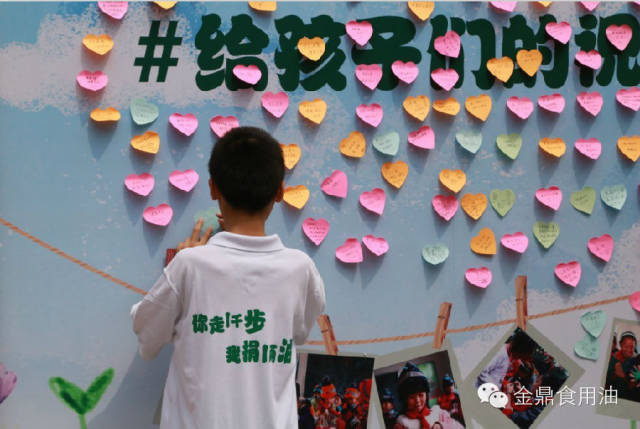 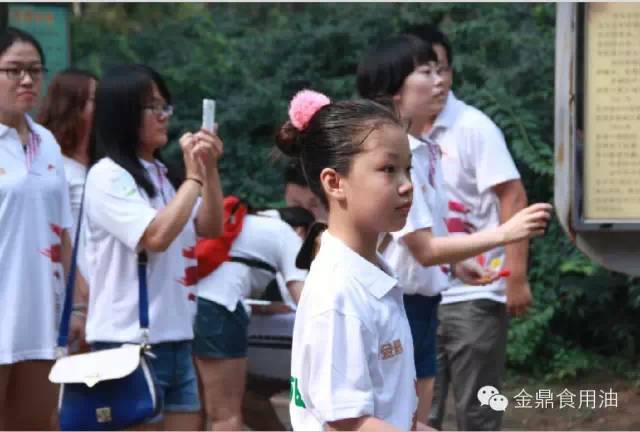 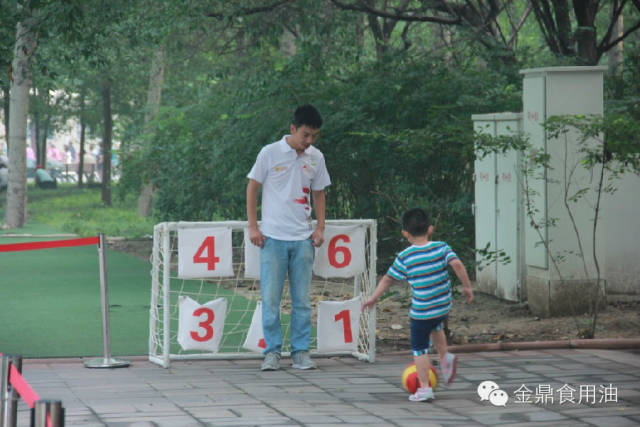 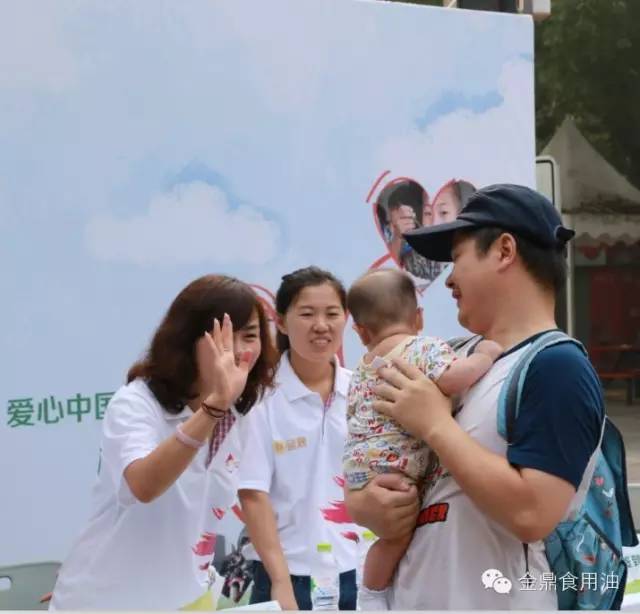 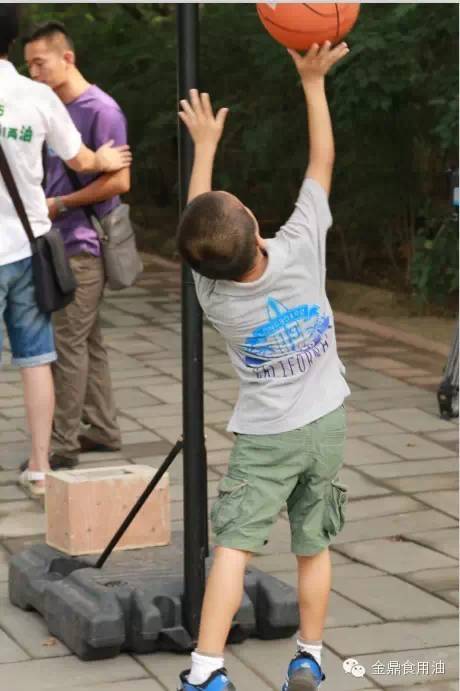 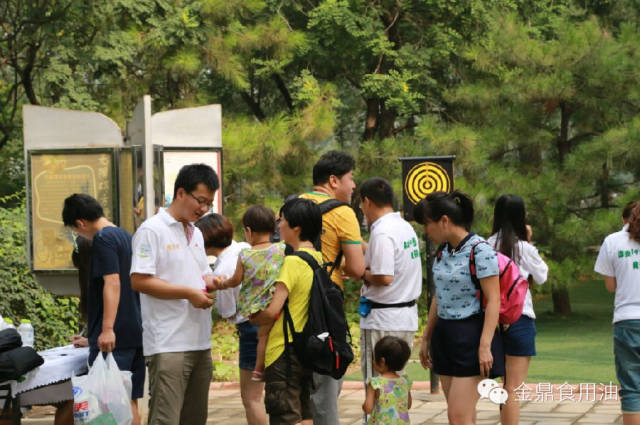 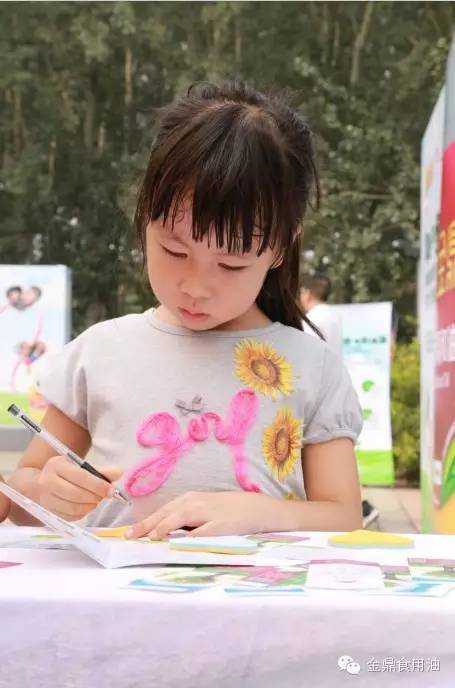 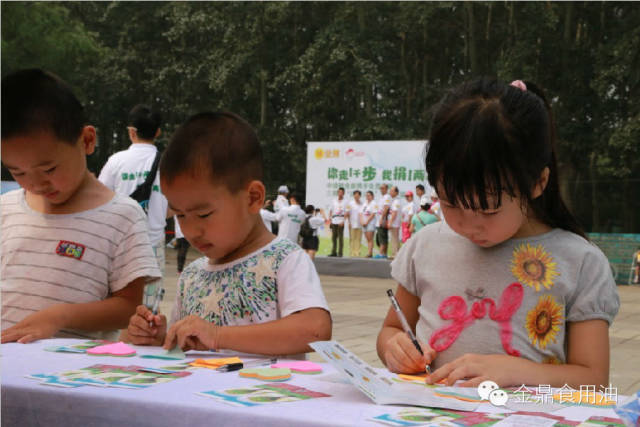 Givers are also gainers. The fragrance always stays in the hand that gives out the rose. The volunteers devoted their love, as well as harvesting warmth and happiness at the same time. When their victories converted into Ping-Pang balls which symbolized oil drops, and were poured into the “Jinding” oil bottle, the hearts of these volunteers seemed like flying to the distant rural areas together with the oil bottle. They blessed each rural child; smiles crept onto their faces; love warmly surrounded their hearts. 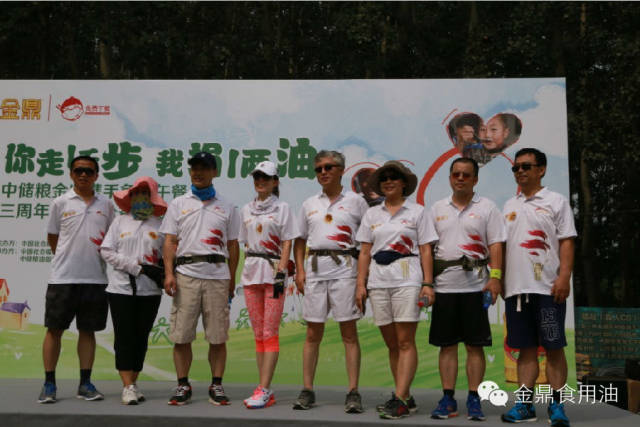 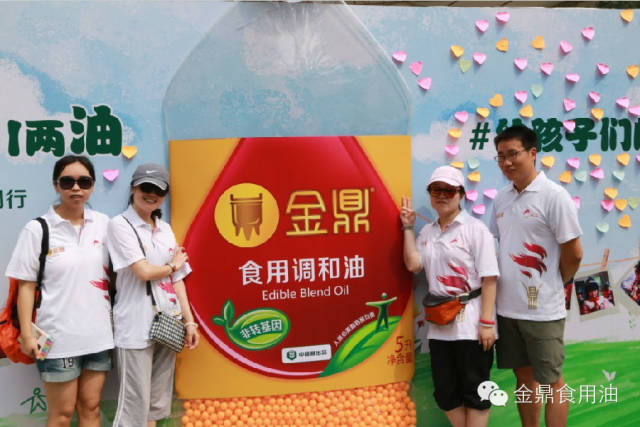 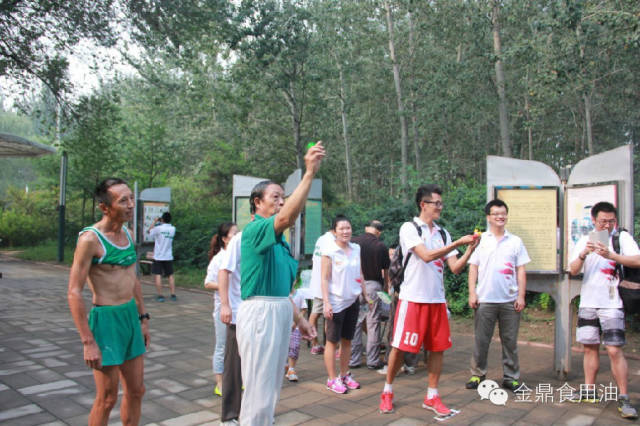 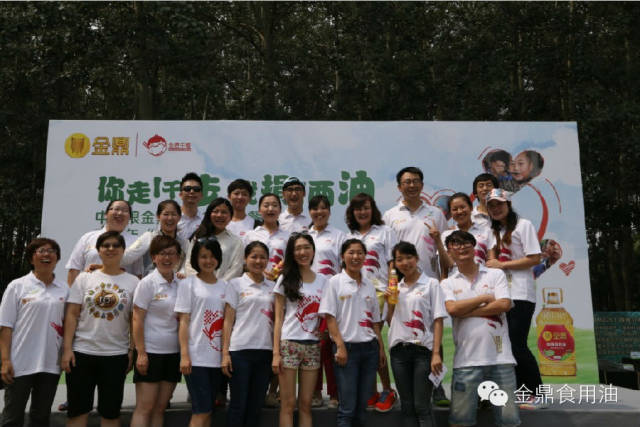 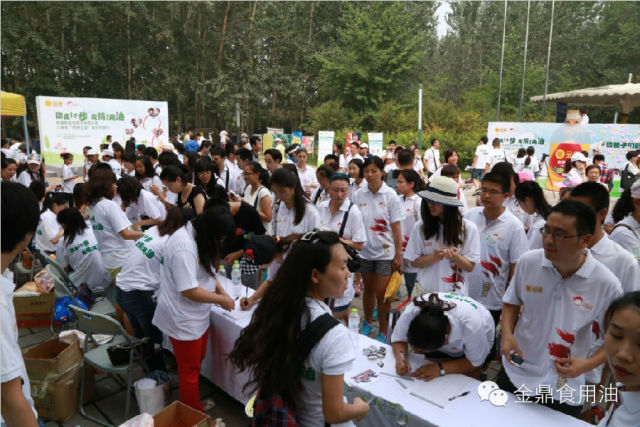 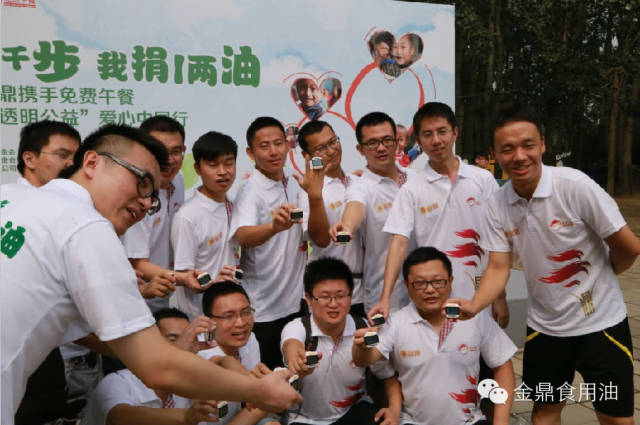 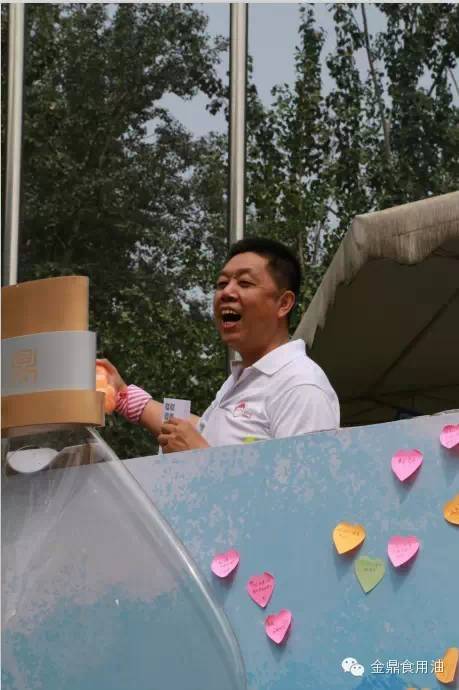 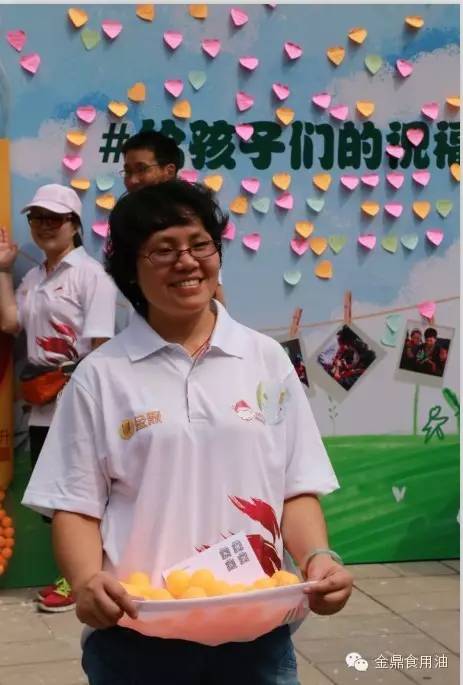 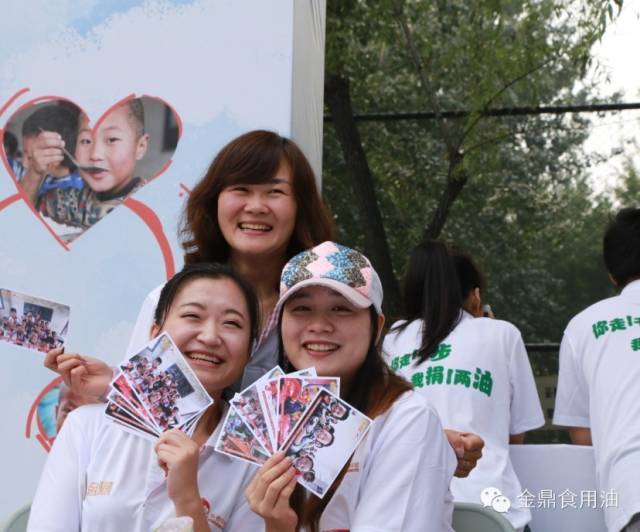