Biking across the rivers, mountains and sea in North America

Seven students in North America launched a one-way biking by acrossing ten states of the United States to propagaze the "Free Lunch Plan" and call for donation to change poor mountain children's life in China. 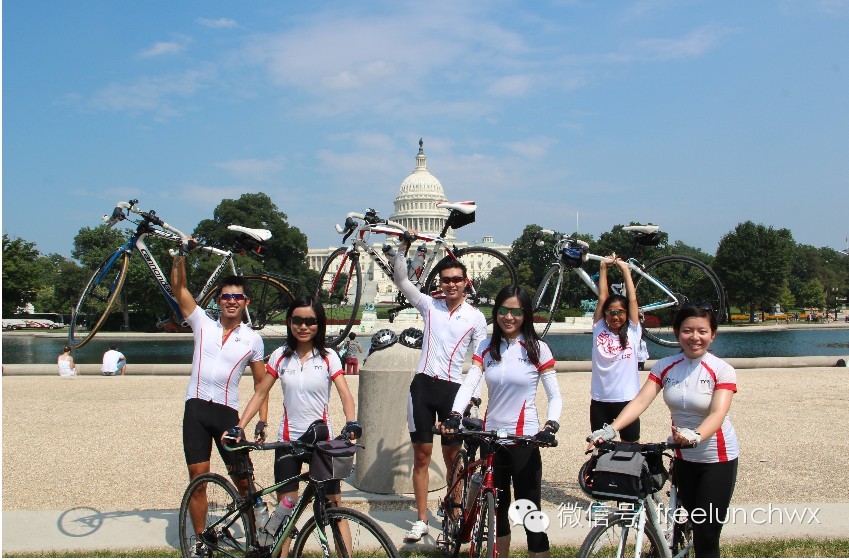 Today, we want to talk about the story happend on the other side of the world-North America. Seven international students from China launched one-way biking activity to call for donation for "the Free Lunch" from all around the world to change poor mountain children's life and nutrition in China. The whole journey acrossed 6100 kms, including ten states in the Unites States (California, Novada, Utah, Colorado, Kansas, Missouri, Illinois, Kentucky, Virginia, and Washington). This activity cost 61 days and ended at Washington Capitol Hill at Aug. 6th. Five girls and two boys formed this group who were internations Ph.D or Master students in North America. They are Jiangyang Zhang, Weiyi Chen, Yuchi Che, and Xueqiao Ma from the University of Sourthen California of the United States, Lili Yao from the University of British Columbia of Canada, Jingyuan Sheng from Stanford University of the United States, and Tao Liu from the North California State University of the United States. 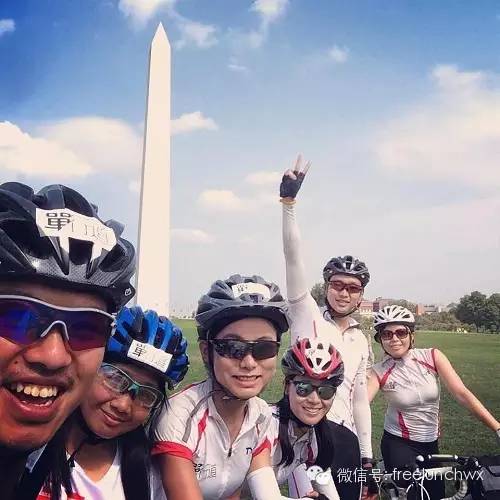 This one-way charity biking started from the Golden Gate Bridge of the west of San Francisco in the United States in Jun. 7th, 2014. Through this biking activity, the sponsors hoped to get attention from the society, to get free luch donation from companies for poor mountain kids living in China, and further to influence the concern of charity career in China. During the 60 days biking, they acrossed the worst and the most inhospitable places in the middle of the United States, and suffered hot, storm and high altitude. In Utah, they had to bike 200 kms for 13 hr/day, owing to there was no any villages along the road. In Colorado, they successfuly acrossed Rokie Mountaines which altitude is about 4000 meters. In Kansas and Missori, the temperature of day time was about 38 degree. However, in Kentucky, they encountered heavy downpour and tornado alarm. Because most places they went by were small towns in the United States, they lived not only in simply furnitured motels, but also local people's houses, hostels, churches and bike stores. 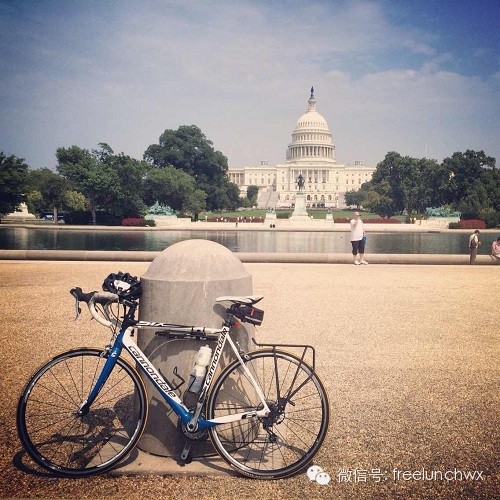 During this journey, they introduced the story of "Free Lunch" plan in China to local people. A lot local people lifted the posters in front of the camera to support this "Free Lunch" plan with team members. Meanwhile, they met some other people who took the same biking way to do charity on the road, for example: call for healthy life, against obesity by fromer football players of America, fundrising for anti-abortion organization of young christian, and biking for heart disease girl of father and son from America. These team members wrote everything they saw on the blog on the road biking. This one-way biking charity activity attracted positive focus from the society and the main media in China since started in May, 2014. Xinhua News Agency, People's Daily, CCTV, Phoenix, Sina in China and Chinese Press, Sing Tao Daily, and World News, etc from overseas Chinese media did exclusive profile or special reports on this one-way biking. 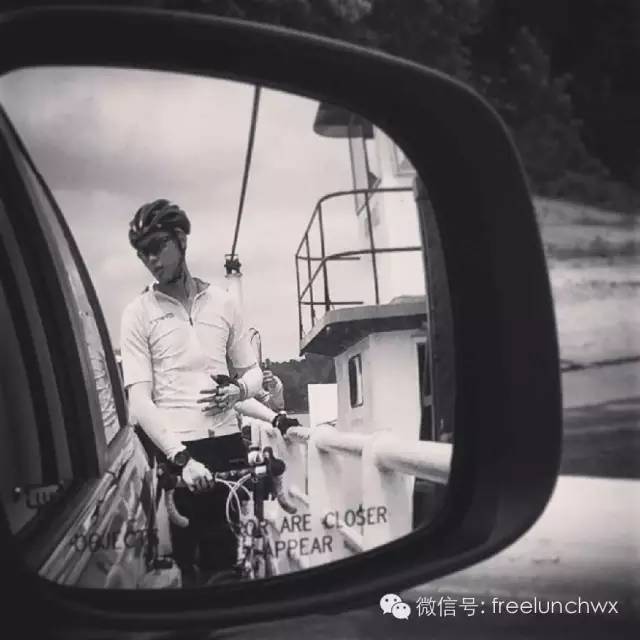 At the same time, this activity got positive response from both domestic and foreign enterprises. To date the end of the biking activity, 9 companies and organizations, including the U.S. topology Hosiery, Changsha Bank, Fuss Micro-Public, etc, donated 40072 free lunches. 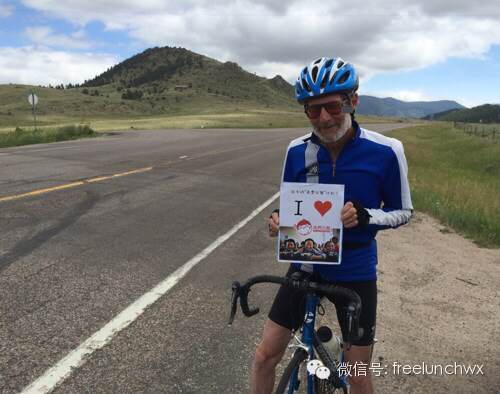 On Aug. 11th, the one-way biking team held the closing ceremody in Harward University, Boston. The main team members and the Free Lunch sponsor, Mr. Fei Deng were getting together and successfully closed this charity activity in 2014. 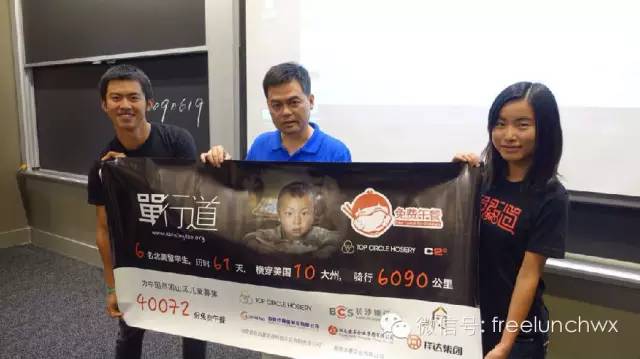