The “Free Lunch” Talks Start on September, Will Be Held in 12 Cities 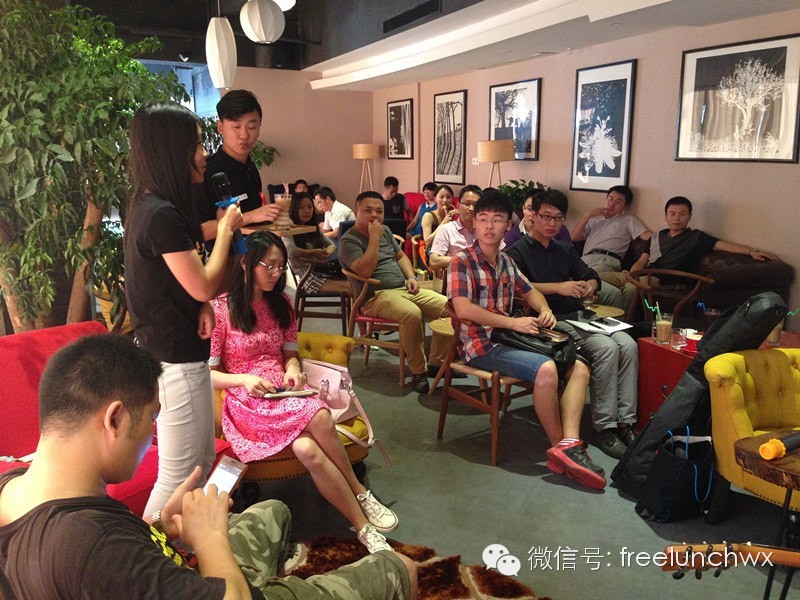 On the evening of September 17, in a café “Xishi club” which is located in He Long Stadium in Changsha, Hunan, people are attracted by a presentation. They all concentrated on the images that were showed through the projection for twenty minutes. The presenter was giving a passionate speech is a staff from “Free Lunch” – Xiao Xiao. This event is one of the “Free Lunch” Talks that “Free Lunch” is preparing to do nationally.

Xiao Xiao takes charge of the “Free Lunch” Talks. She told us: “Now this program is only at the testing process, in the past two weeks, the events were all held in Changsha.” She especially mentioned: “The specialty of this program is to make people who have already knew or participated in “Free Lunch” join first. Let them help provide resources like activity space and propaganda so we can make the events low cost with high effectiveness.” 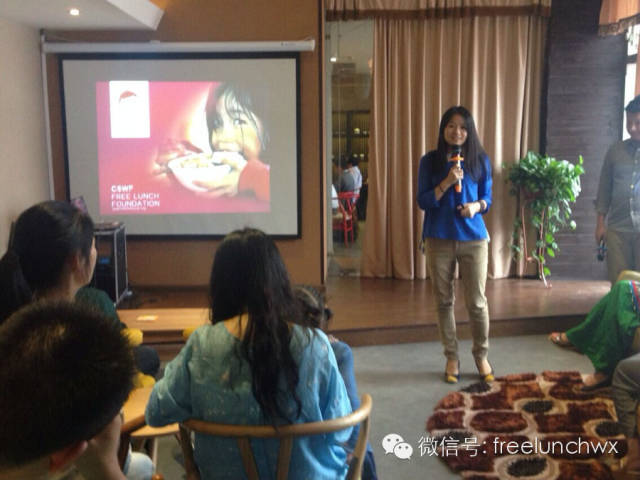 The “Free Lunch” Talks started on September 2014. So far, except testing three events in supportive “Xishi club”, they also tried to hold the event in colleges, for example, Hunan University.

As we reported before, Wang Wei, who biked from Beijing to Guangzhou, stopped at Hunan University and gave a speech about charity. Now the “Free Lunch” Talks also took their first step in Hunan University.

About the feasibility of the program, we’ve already got some positive feedbacks from the testing events.  Take “Xishi club” as an example, the owner Mr. Li not only provided the space and facilities, but also donated several times after the events to help provide better nutrition for the children in the countryside. 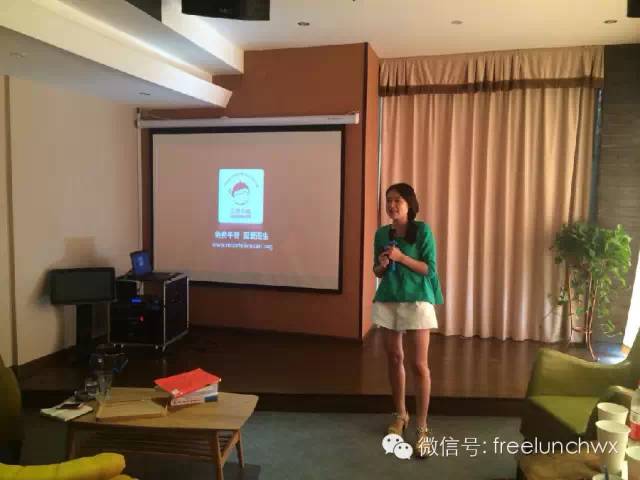 Xiao Xiao also said: “There were a lot of people didn’t know “Free Lunch” before the event, but after the talks, they made donations. More than ten participants donated by scanning QR codes, and four participants wanted to join the volunteer team.”

After the success of the first few events, some supporters contacted “Free Lunch” staffs and wanted them to hold the events at their places. “Teachers of Central South University and Hunan Agricultural University all want us to give speeches in their schools.”

According to the plan, the “Free Lunch” Talks started from September and will go on until December. The events will hold not only in Changsha, but also in Guangzhou, Shenzhen, Wuhan, Tianjin, Xi’an, Hangzhou, Shanghai, Jiujiang and other cities. The team wants to go to three cities on September, and then add three more cities every month to reach twelve cities on December.

Talking about the execution way, except café and colleges, the “Free Lunch” Talks will go to neighborhoods and talk to the residents. We will keep reporting the updates. If a “Free Lunch” Talk is held near you, please spend some time and support us by joining the event. 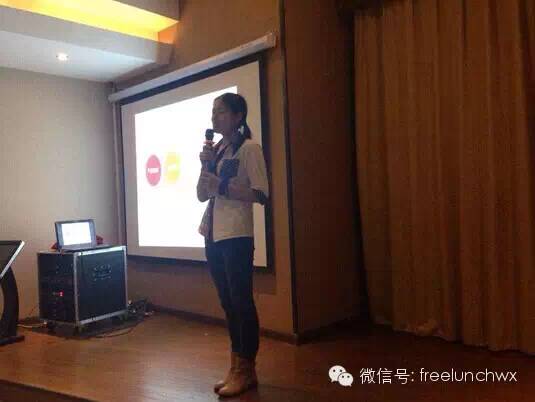